I'm not the only one who spontaneously sings in grocery stores :)

How have you spent this week? I've spent time working, in conversations, cooking, playing boardgames, watching t.v. I've sat at desks, pianos and computers. I've prayed, reflected, laughed, sung. I've acted from the most noble of impulses, and also from the most selfish. I've sought God and I've ignored Him.

In a meeting this week someone asked 'What have you done to be spiritual this week?'. My first response was 'not enough'.

On further reflection though I don't think that's true. I could repeat my opening paragraph of how I've spent this week (working, conversations, cooking, playing boardgames etc) all as an answer to that question. There is no compartment in my life called 'Spirituality'. In God I live and move and have my being. Trying to become 'more spiritual' is like trying to become 'more human', it isn't possible. I am trying to become what I already am.

Like the Scarecrow, the Lion and the Tin Man in the Wizard of Oz, I fail to see that I already am what I'm desiring, so I walk down the 'Yellow Brick Road' of Spiritual Growth thinking that if I can just learn from this 'Spiritual Wizard' or master that Spiritual Discipline that I will become Spiritual.

The road cannot make me any more spiritual, but, as I become intentional about my journey, it helps me become aware of God's presence within me.

And as I journey, I start to worry. Am I travelling in the right direction? Am I praying in the right way? Am I growing fast enough? Am I really hearing God's voice? To help assure myself, I set myself goals. Concrete measures of growth. For example:

And suddenly bible reading becomes about the amount read rather than getting to know the Author. Prayer becomes a technique to be mastered rather than a conversation to be entered into. Giving becomes self-imposed taxation rather than an expression of the heart. Spirituality becomes a 'To Do' list.

I frantically 'labor and spin' to become spiritually beautiful, forgetting the lilies of the field.

'See how the lilies of the field grow. They do not labor or spin. Yet I tell you that not even Solomon in all his splendor was dressed like one of these.'

Jesus offers a Lazy Beauty, a beauty that does not require effort on our part, just a surrender and a trust of what God is growing inside of us. It sounds to good to be true. A lily does not strive for beauty, it grows naturally. We feel we have to work to be as beautiful as Solomon. We create an artificial 'Spiritual Beauty' that we can strive for. An unrealistic ideal of Spirituality as false as the image of physical beauty we see portrayed in the media.

I can feel myself recoiling at my use of that word, even though that was the phrase the came to mind whilst I listening to the passage last Sunday. I can hear my inner critic saying 'Use a different word, call it Natural Beauty. Lazy suggests just sitting there. It's passive. What about Striving, what about being sold out for God?'

But to be lazy I have to surrender my Spiritual To Do List. I have to see what Jesus is growing in me rather than try to force growth through my own efforts.

What has crept onto your Spiritual To Do list right now?

What is Jesus growing in you?

Where can you see A Lazy Beauty?

Posted by choral_composer at 2:09 PM No comments:

I Know the Feeling! 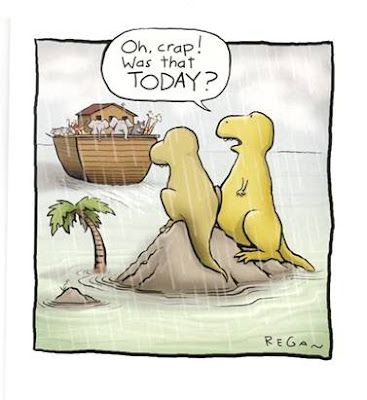 Posted by choral_composer at 12:49 PM No comments:

Email ThisBlogThis!Share to TwitterShare to FacebookShare to Pinterest
Labels: Funny

Caring for the Choir Robes

I'm fortunate to get to sing in the Chancel Choir at Chapelwood UMC. We have a wonderful bunch of people who sing well together and are highly organized (most of the time GRIN)

To help the new people who have just joined, the Robing Chairperson did a brief announcement about care for our Choir Robes and the best way to hang them in the choir room to make sure they stay clean and wrinkle free. The entire choir room is fitted with wooden hangers for our robes, they have a wider top and help prevent hanger bumps forming when the robe has been hung up for too long.

The wooden hangers are important.

The only problem was, while he was explaining their neccessity, all I could think of was this.

Email ThisBlogThis!Share to TwitterShare to FacebookShare to Pinterest
Labels: Diary

Bringing fun to the mundane.

Stuck in my head

I woke up with this song in my brain this morning. The video is a bit cheesey by today's standards, but I do like the lyrics and the melody.

Email ThisBlogThis!Share to TwitterShare to FacebookShare to Pinterest
Labels: Music

Hi Ho Hi Ho It's off to work we go

According to a study by the National Sleep Association the average American works a 46 hour work week. I've seen other studies giving other figures, but this seems to be slightly low in my estimation.
When I started work in the U.K. at age 19. My required work week was a 35 hour week. I was also on a flex time system, I had to be at work from 10-12 and 2-4 but apart from that it was up to me. At the end of each month I could be up to 10 hours over or under the required total, and, if I had 7 hours over I could use those hours to take a vacation time.
And talking about vacation time, when I started I had 20 days vacation a year, plus the 12 potential 'flex days' plus national holidays (8 by my calculations).
So at age 19 I worked a 35 hour work week and could get 40 days off a year!
Compare that with the average American of 46+ hours a week, 10-15 days off a year plus national holidays.
Moving to the U.S. was a shock for me.
People here seem to be defined by their 'work' a lot more than I was used to in the U.K.

One other piece of data that is alarming:

There is a massive spike in Suicide among males in the U.S. when they reach retirement age. I don't think the American work ethic is a cause, but the statistical correlation is disturbing.
Here are the U.K. figures.

A much lower suicide rate among Males. So, are the Brits lazy or the U.S. work obsessed???

Posted by choral_composer at 4:58 PM 5 comments:

How I spent the weekend

Posted by choral_composer at 4:23 PM No comments:

Email ThisBlogThis!Share to TwitterShare to FacebookShare to Pinterest
Labels: Media

"I am not an advocate for frequent changes in laws and constitutions, but laws and institutions must go hand in hand with the progress of the human mind. As that becomes more developed, more enlightened, as new discoveries are made, new truths discovered and manners and opinions change, with the change of circumstances, institutions must advance also to keep pace with the times. We might as well require a man to wear still the coat which fitted him when a boy, as civilized society to remain ever under the regimen of their barbarous ancestors."

Thomas Jefferson
Posted by choral_composer at 8:45 AM No comments:

Again this month their is no weight update as I'm still in a 'holding pattern'. There is a glimmer of hope on the horizon though. Work has started a weight loss exercise program that runs for three months where you can access to a personal trainer etc. I've signed up to do that so maybe it will re-energize me again :)

September had 31 plays of 27 different games. There was no game that dominated the rankings though there were some new appearances.

Palastgefluster - this is an Adlung Spiel game, and they always seem to pack a fun complex game into a tiny box. This one is no exception to their range. It involves political intrigue in the King's Court and is easy to learn but has some surprising strategies. You also get to control turn order which is fun. It's a game that is relatively difficult to obtain here in the U.S. so I expect it to hit the table again soon.

Werewolf - I really enjoy getting to play this game, but normally we don't have enough people or I end up moderating. Don't get me wrong I enjoy running the game, but it is fun to play. There's a lot of lying and manipulation in this game, it really helps to either be a great Orator or a keen Observer. I successfully spotted someone in a lie which helped the good guys win the game woohoo!

Snow Tails Is a game of racing Husky Dogs down a frozen track complete with avalanches and trees. I don't play that many race games, and this is a fun one so it was nice to have it hit the table again.

Imperial This is one of those longer more complex games that I tend to shy away from. Well, it's more that although I can grasp the mechanics of the game I'm not that sure about the strategy. I did surprisingly well this last play though and came in a very close second.

Also this month we had a special gaming session with Peggy and Shelley who wanted to learn some new card games.

Die Seiben Siegel (or as we usually call it 'Die Steven Segal!') is an interesting spin on spades. Not only do you have to bid how many tricks you are going to take, but you also have to say what suits you are going to take them in. This makes the bidding extra fraught with difficulty. To compound that it is also possible for somebody to play as a Saboteur and instead of trying to take tricks they are trying to screw up your plans. Fun!

Flaschenteufel is a trick taking game based on a short story by Robert Louis Stevenson. It is interesting in that cards that were trumps at the start of the round will revert to normal cards as the round progresses. Consequently you are forced to use trumps early, but their is a catch. Whoever played the highest trump in a trick obtains the Bottle Imp, and if the round ends with the bottle still in your possession....well let's just say it's not good. It's a fun little game and works really well with three players which is normally hard to do with a trick taking game.

Poison is a classic Reiner Knizia game. You are adding different ingredients into three different cauldrons, but you don't want to be the person who causes the cauldron to boil over. It's now available as an iphone application :)

Well that's selected highlights from September's Gaming. I don't foresee any game knocking Dominion off it's top slot by the end of the year, but there is a tight race forming for second place, with 9 games all vying for second place.
Posted by choral_composer at 8:36 AM No comments: